Navigate to https://stackdriver.com  After logging in you will be redirected to project creation page. To manage multiple environments of your application its advisable that you create just two projects. One for production env and other one for non-prod. Even though you might have multiple non-production environments, but having one stackdriver project per application-env is overkill. So, lets start with production project. For this tutorial, I'll create CodeHooDoo-Prod project. 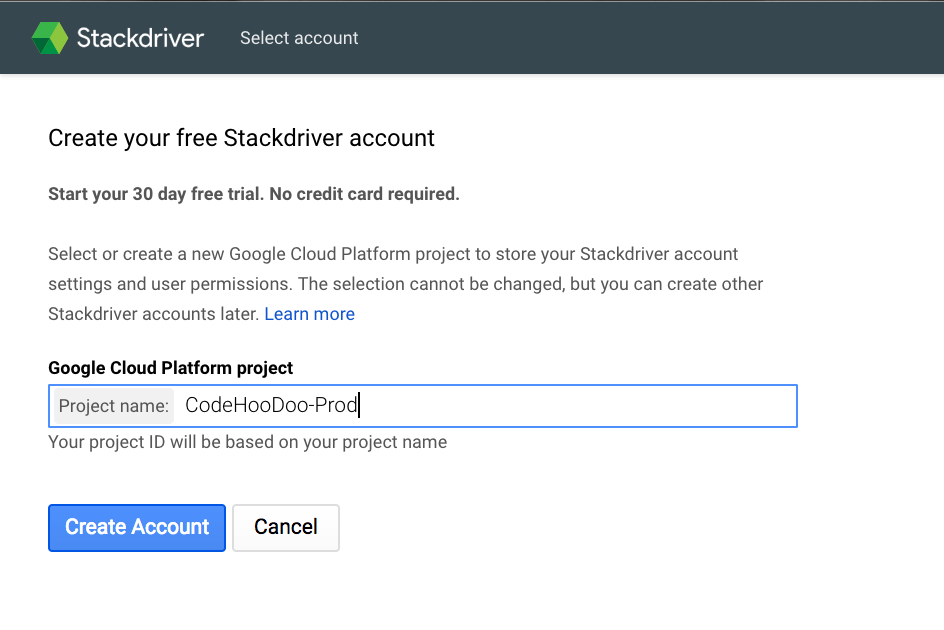 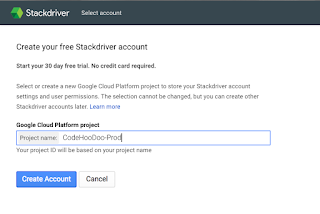 Once the project is created, StackDriver will ask you to link your AWS account resources to it for monitoring.  But as AWS CloudWatch has good monitoring and alerting support you can skip this one. Keep clicking continue until you get to monitoring console. Click on the logging. This is where you will get all the logs from your application server. 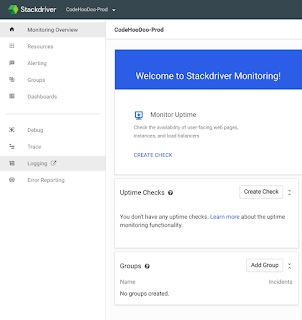 Popular posts from this blog

AWS Certified Solution Architect Associate 2018 - How did I score 97%